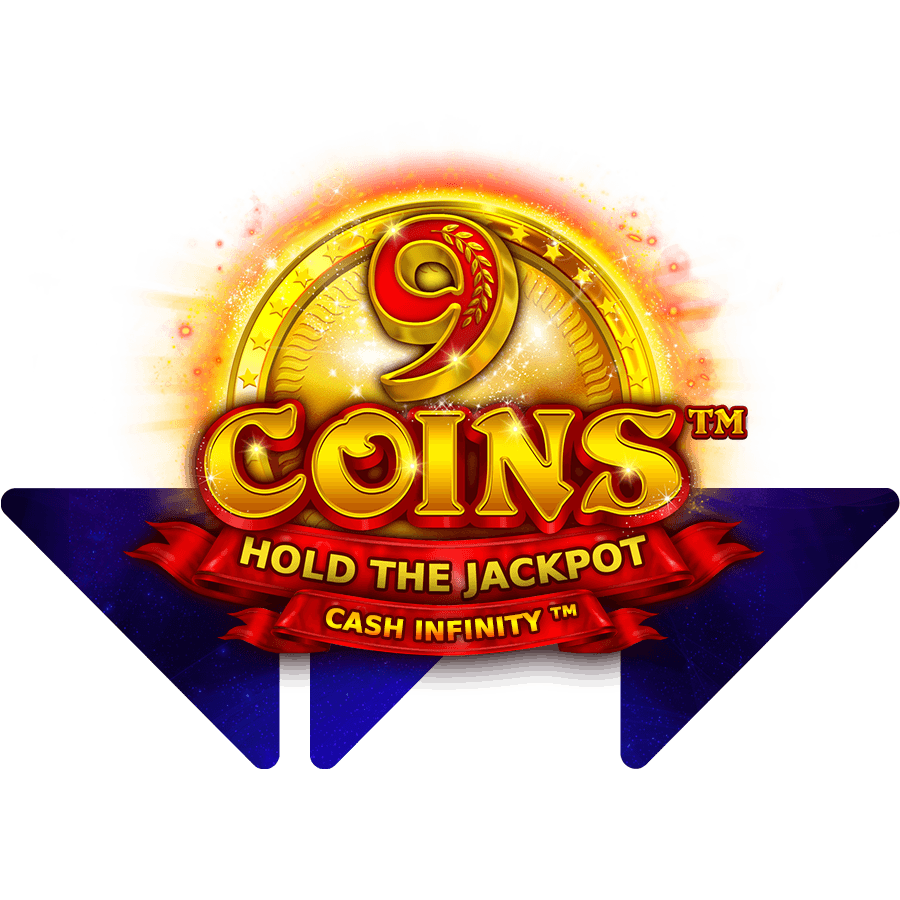 Wazdan’s newest production – 9 Coins™ – invites all enthusiasts of the original in-game functions to tossing coins and trying their luck in the 9 reel-slot.

Thanks to a bewildering array of Bonus symbols, Bonus Game are to be enjoyably uncovered! This time, Wazdan stuns players with the newest and most inventive Cash Infinity™ symbols. They may land in the base game, making it truly riveting, and stick to the reels until triggering the Hold the Jackpot Bonus Game. Don’t miss to release 9 Coins™!

If high-quality creations are things you look for among the providers, 9 Coins™ will meet your needs. The game is a guarantee of the attractive gameplay, unusual mechanics, ear-pleasing soundtrack and highly developed graphic effects.

9 Coins™ is abounding in a variety of Bonus symbols which keep the highest level of engagement among the players. One of them is the new trademarked Cash Infinity™ symbol that instantly lands in the base game and sticks to the reels until the beginning of the Hold the Jackpot Bonus Game. These symbols may land anywhere but if they appear on the middle row of the reels, they award players with prizes ranging from 5x-10x their bet and can be grabbed in the Bonus Game.

Landing at least 3 Bonus symbols of any type on the middle row opens Hold the Jackpot Bonus Game. All Bonus symbols stick to the reels at the beginning of the Bonus Game in which 3 Re-Spins are granted. During the Bonus Game, the Cash Infinity™ symbols give prizes ranging from 5x-10x player’s bet. The Cash symbols award prizes ranging from 1x-5x their bet. Mini, Minor and Major Jackpot symbols award corresponding Jackpots and players may capture multiple Jackpots of the same type. Collector symbol accumulates all values from Cash and Cash Infinity™ symbols and multiplies them randomly by 1x-9x, whereas the Mystery symbol transforms into any other Bonus symbol apart from Cash Infinity™. Jackpot Mystery symbol changes into Mini, Minor or Major Jackpot symbols. Players may enjoy the Bonus Game until finishing all Re-Spins or filling all reels with Bonus symbols. The Bonus Game ends and the prize is paid for the sum of Bonus symbols values, including Jackpots. Filling in 9 reels with Bonus symbols grants players with Grand Jackpot, the maximum prize in the game, which amounts to 500x their bet.

The 9-reel slot, 9 Coins™, will thrill all golden coins geeks and will allow them to uncover the variety of hidden Bonus symbols. The unusual layout of reels with the middle one that is more characteristic will capture your players’ attention. All significant elements such as diversity of features, ear-pleasing soundtrack, and unconventional mechanics are components which maintain the highest level of the game. All prizes may be grabbed only in the end of the Bonus Game.

Thanks to Wazdan’s special feature, your players have a chance to instantly activate the Hold the Jackpot Bonus Game in which the emotions reach a peak. It is a perfect function for all gaming enthusiasts who aim to enjoy the most rip-roaring part of the gameplay and want to feel the thrills.

If the game is not enough, your players can add the fun by trying to double their wins up to 7 times in a row. Each time, they have a 50/50 chance to win! Sounds tempting? We bet it does!

A diversity of Bonus symbols and attractive functions give your players an opportunity to capture valuable prizes. During tossing the coins and filling in all the reels, players can be awarded with the maximum prize in the game - the Grand Jackpot of 500x their bet.

Ultra Fast Mode, one of Wazdan’s unique features, allows players to speed up their gameplay. This function will give your players an opportunity to feel the thrills of a truly dynamic gaming experience.

The winner of G2E Asia Hot Product Award, 9 Lions is yours for the taking!

Hocus-pocus! Become the wizard of your casino and increase your numbers with Magic Spins™! Cast a spell now! 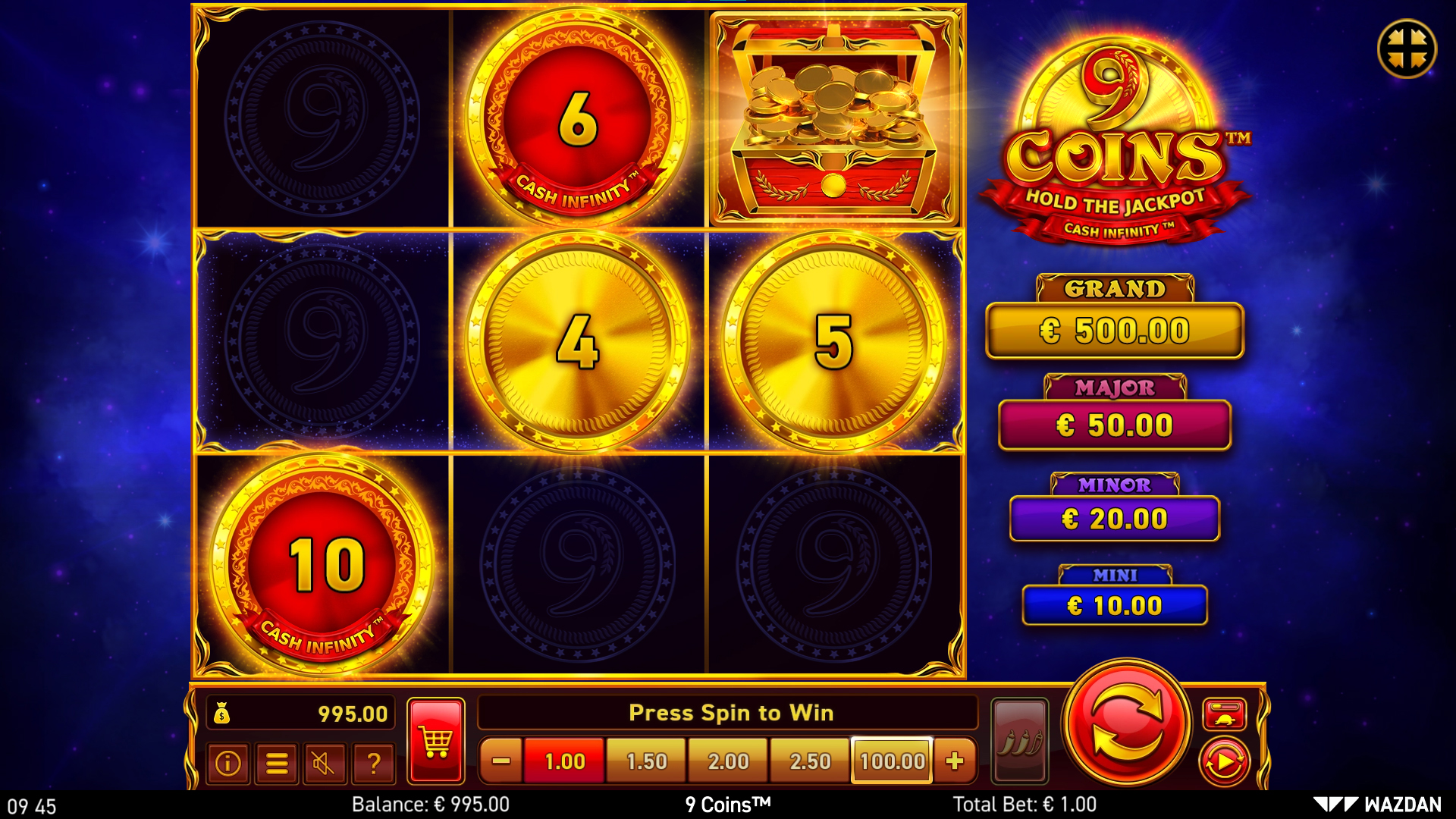