Egyptian mythology comes to life on the reels of Golden Sphinx 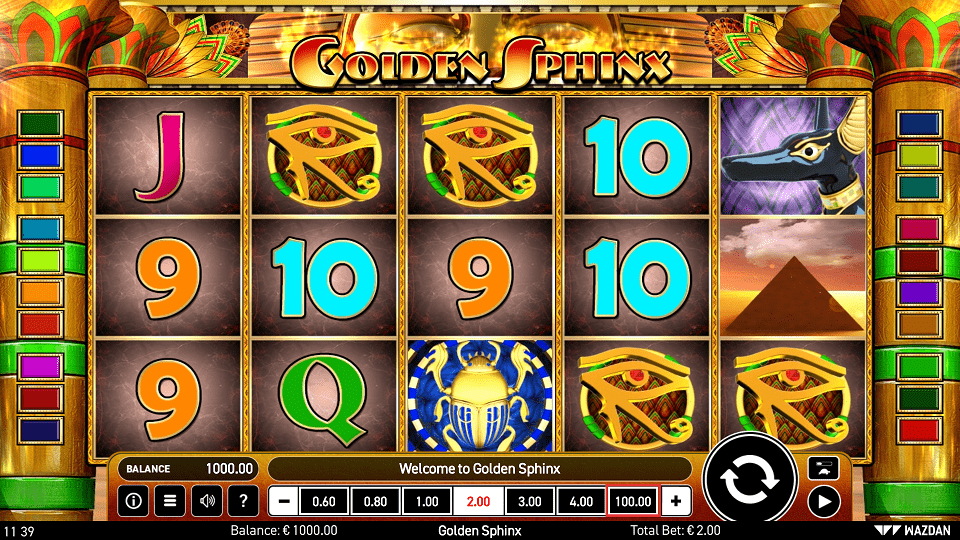 Incredible treasures are hidden in the land of ancient pharaohs – Golden Sphinx is guarding them but maybe you will be able to win its favour! 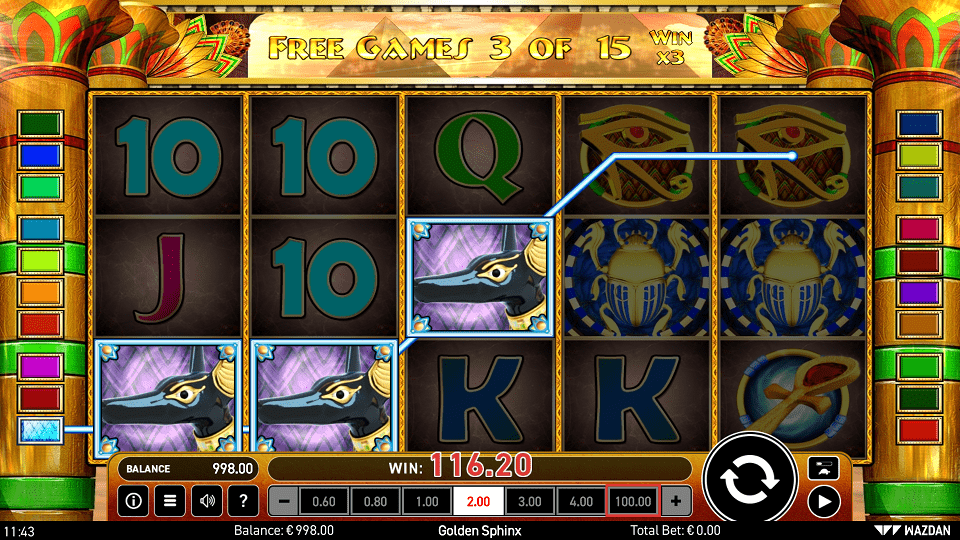 Free Spins with a x3 Multiplier

The treasure chest symbol hides riches beyond imagination because it can award 15 Free Spins once 3 of them appear anywhere on the reels of this online slot. Each win received during Free Spins is tripled to let players get the chance to reach those higher prizes. 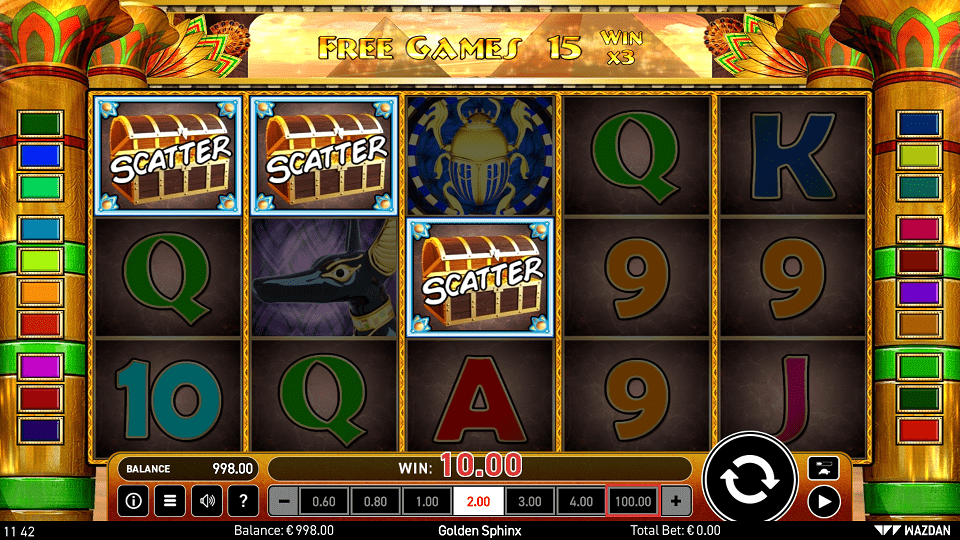 Those who enjoy exploring ancient Egyptian tombs can find a treasure chest symbol filled to the brim with gold coins. Not surprisingly, this symbol has a key role in Golden Sphinx because once at least 3 of them appear anywhere on the reels, 15 Free Spins with a x3 Multiplier are awarded. 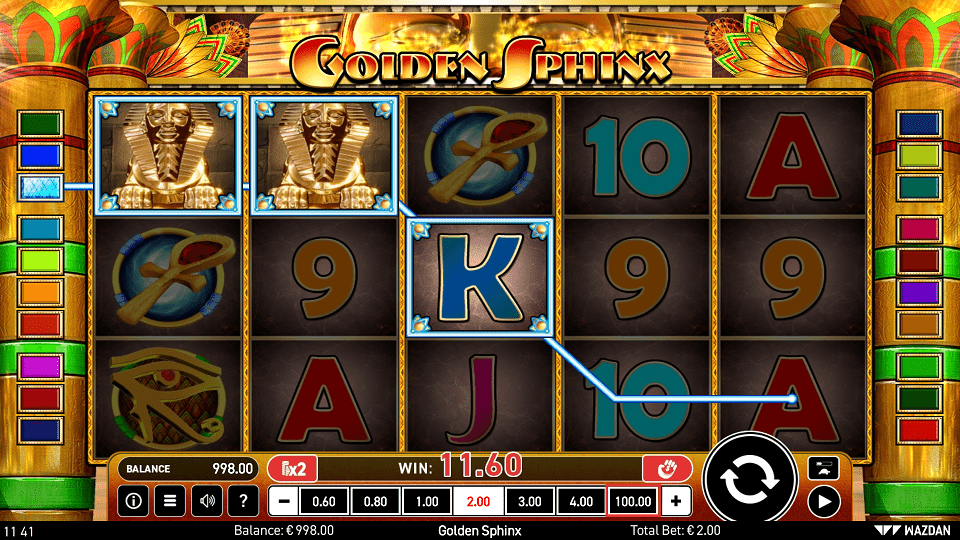 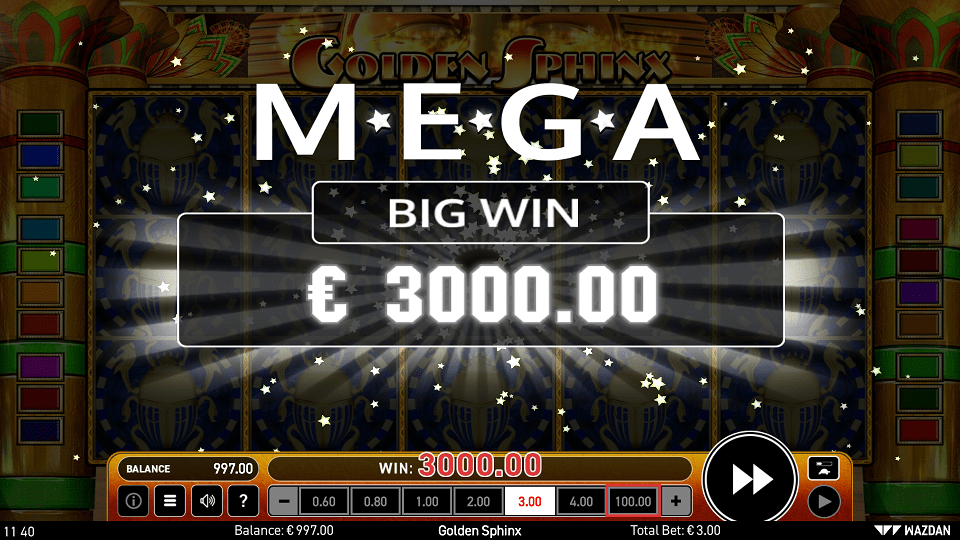 The mythical creature may give you the chance to find the pharaoh’s treasures – with Golden Sphinx you can win up to x4650 stake!

When you think of Ancient Egypt, the Sphinx, pyramids, ancient relics, pharaohs and their immeasurable treasures come to mind. You’ll find all that and more in our Golden Sphinx video slot!

A magnificent online slot Golden Sphinx comes equipped with 5 reels and 20 paylines to take players on an exciting journey and explore the secrets of the famous Egyptian monument. Beautiful and colourful graphics create really unique atmosphere and the ancient vibe is further enhanced by symbols featured in the slot. Apart from traditional card icons such as 9s, 10s, Jacks, Queens, Kings and Aces, you can draw symbols that are directly related to Egyptian mythology, for instance a scarab or the ankh symbol.

What treasures lie hidden inside of the great pyramid? Players can discover them with the help of the special features available in this casino slot. First of all, there’s a Wild Symbol represented by a majestic sphinx, which serves two functions – as usual, it replaces most other symbols in the game, but it also doubles all wins when substituting. Secondly, there’s a treasure chest icon acting as the slot’s Scatter Symbol that activates 15 Free Spins during which all wins are multiplied by x3. With such bonuses at their disposal, players will surely have a hard time getting bored while playing Golden Sphinx.

There’s no need to try and resist your curiosity. Give Golden Sphinx a spin and discover the secrets of the ancients with us! 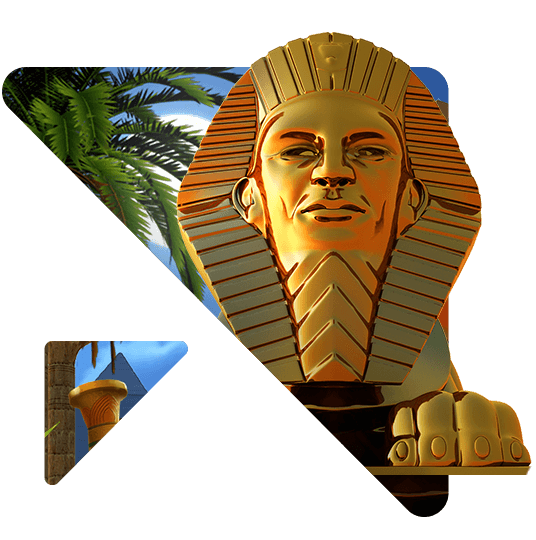 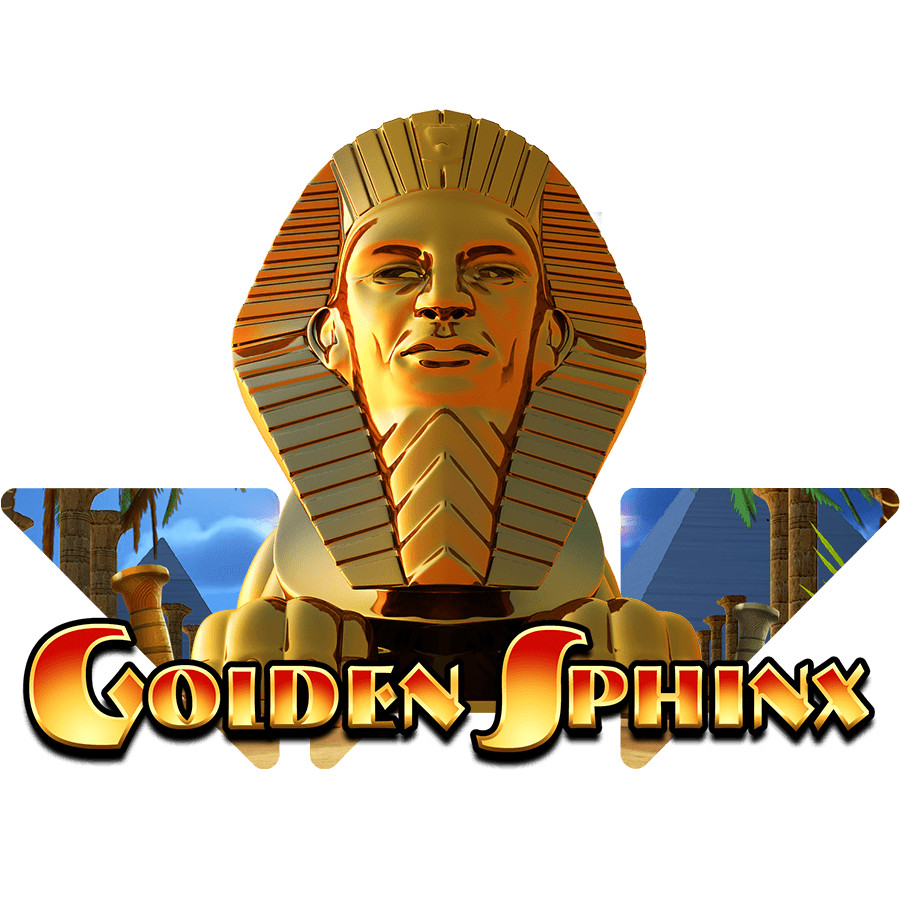 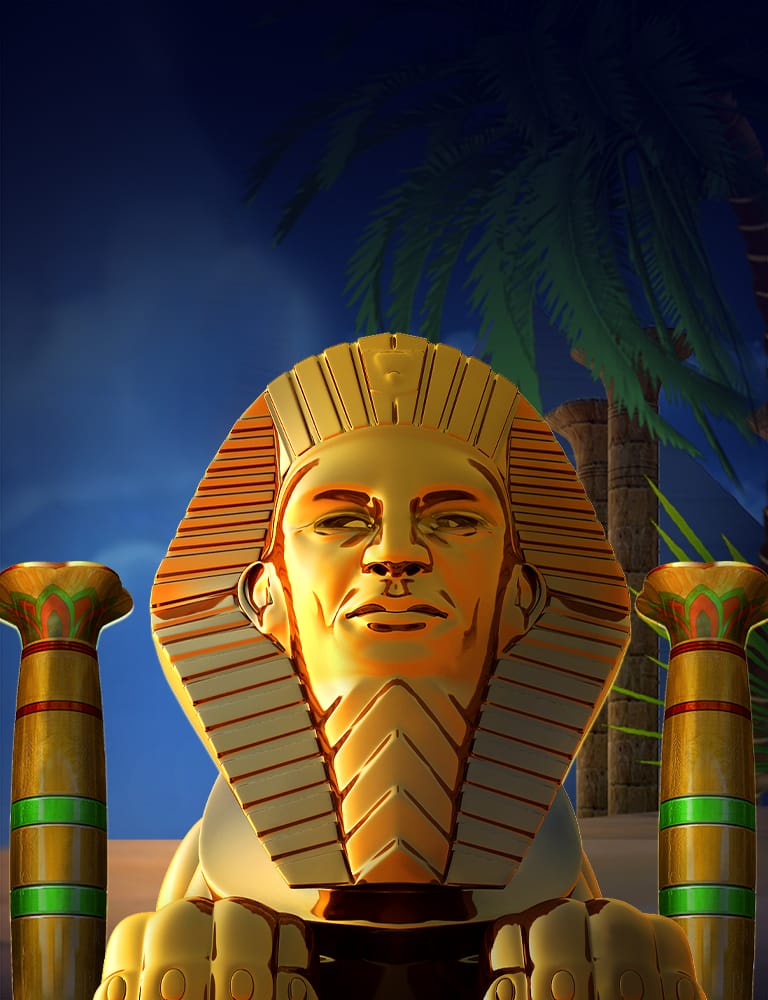 Get the game promo pack - your sleek bundle to attract players. 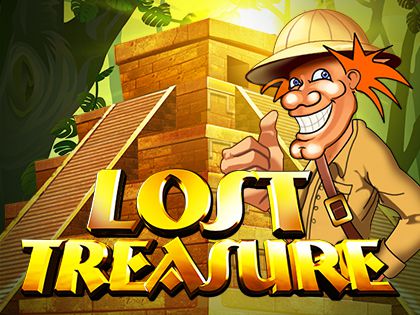 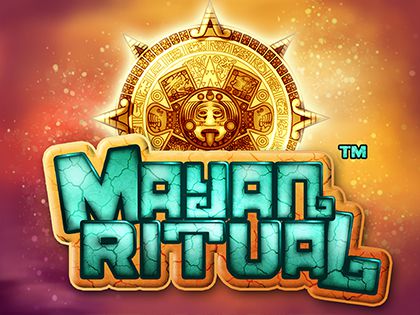 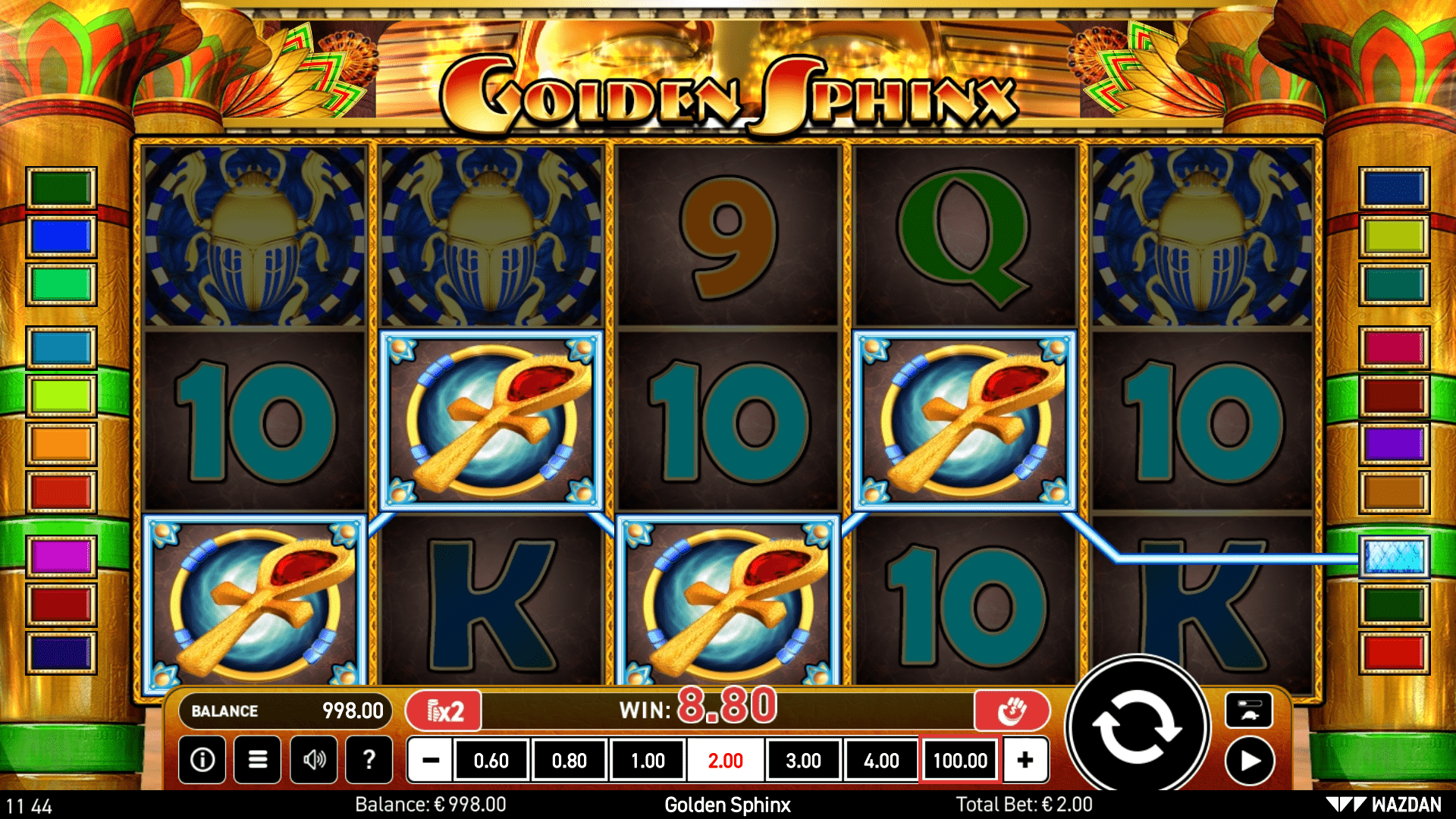