A horror masterpiece with blood-curdling gameplay

The gates to Dracula’s Castle stand wide open. Those courageous enough to enter should be prepared for a blood-chilling adventure, but their bravery will be rewarded handsomely by the lord of the castle himself!

Dracula’s Castle is a 5-reel, 5-payline online slot about the most famous vampire in history. Known for his spiky fangs, pale look and supernatural abilities like transforming into bats or hypnotizing his prey, the lord of the undead and his vampire brides create a perfect atmosphere for fans of the immortal creatures and horror stories. Lord Dracula acts as a Wild Symbol that has two functions: it substitutes for all symbols and expands on the whole reel when creating winning combinations. The game also features a multiplier that increases in size the more columns of the same symbol from 9 to Q are drawn on the reels. To add to the whole experience, Dracula’s Castle offers you the opportunity to use the set of Unique Wazdan Features and adjust the slot to your personal needs.

But it’s not only the special features that make Dracula’s Castle the exceptional video slot that it is. Its fantastic atmosphere is created by a combination of some eerie animations and a chilling soundtrack. Every element of the game was created to complement its theme – from the symbols and animations, through backgrounds and music to the user interface itself. The result should satisfy even the most demanding followers of the horror genre. No worries, there’s no risk of being bitten while playing Dracula’s Castle, only the risk of winning big! 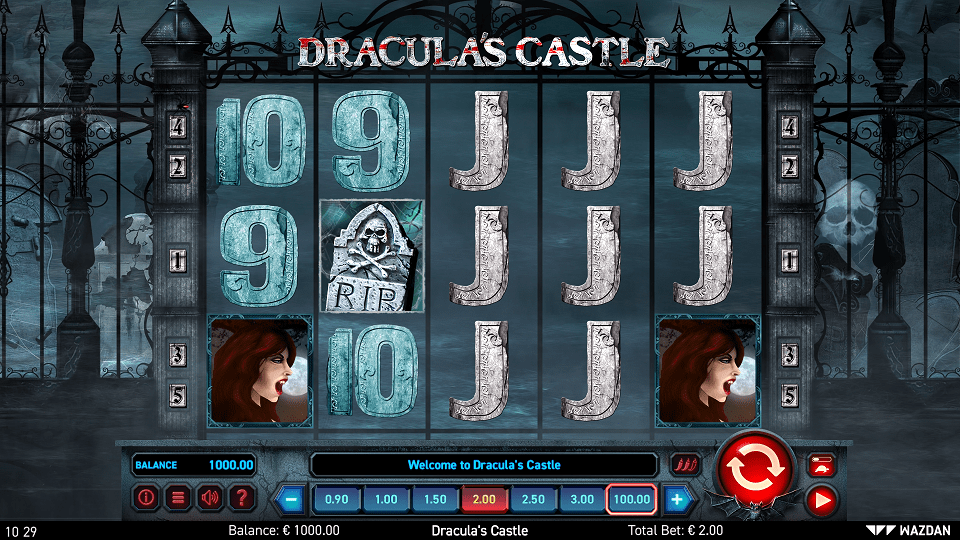 Inside the majestic castle, surrounded by bats and terrifying – yet gorgeous – vampire ladies, resides the vampire lord. Welcome to Dracula’s Castle!

Some call him the prince of darkness. Others call him Nosferatu. Call him what you want, the world’s most fearsome vampire is here to help players complete winning combinations as he replaces all other symbols and expands on the whole reel when creating winning combinations. 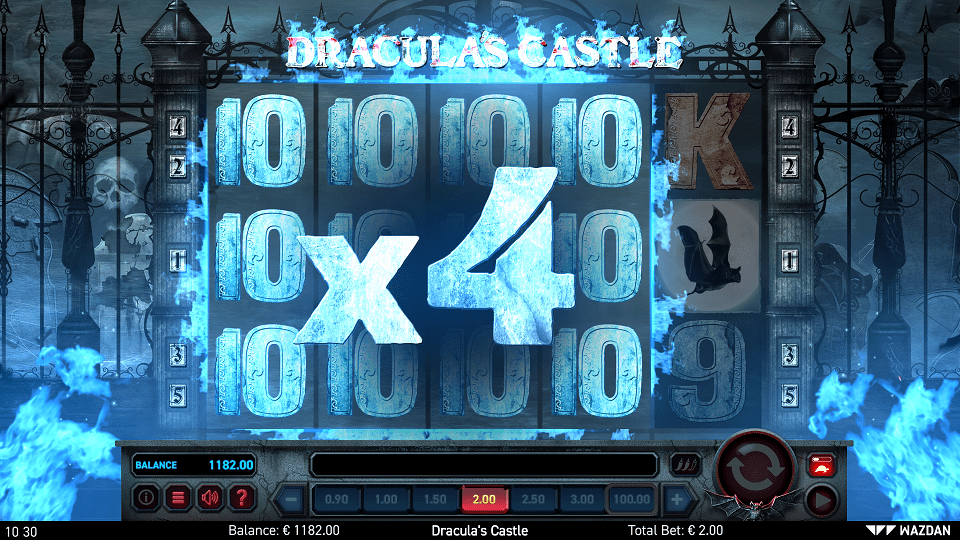 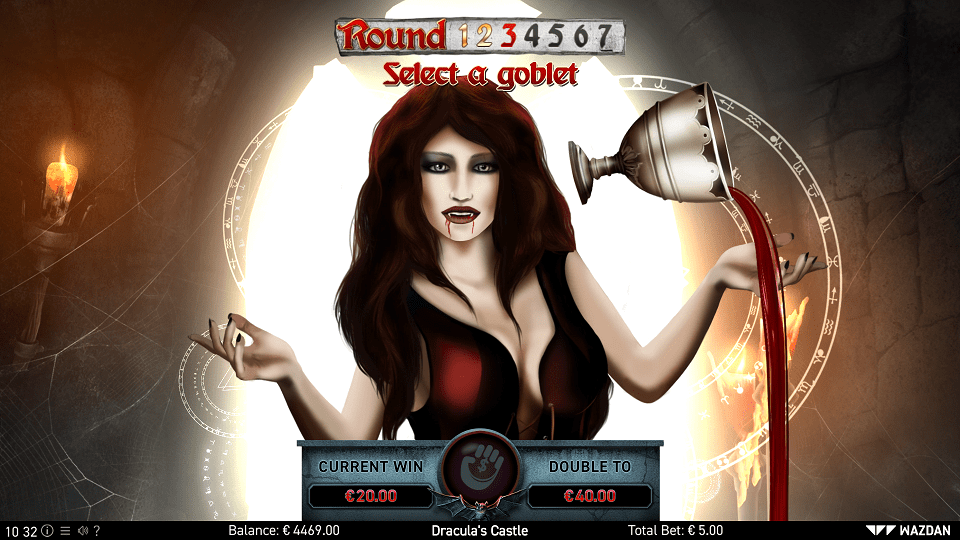 Vampires need blood to survive – the player who chooses the goblet filled with blood will be generously rewarded by the vampire lady as she doubles the wins! 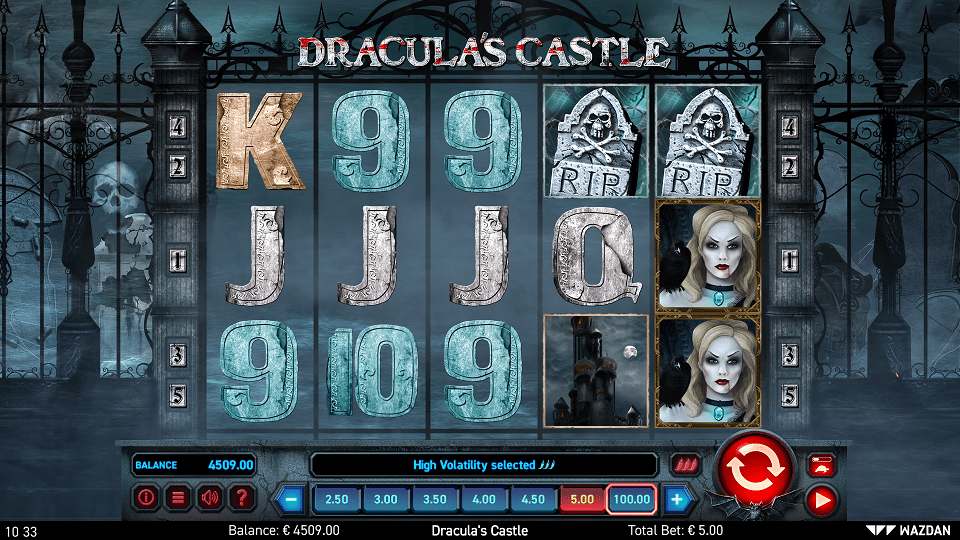 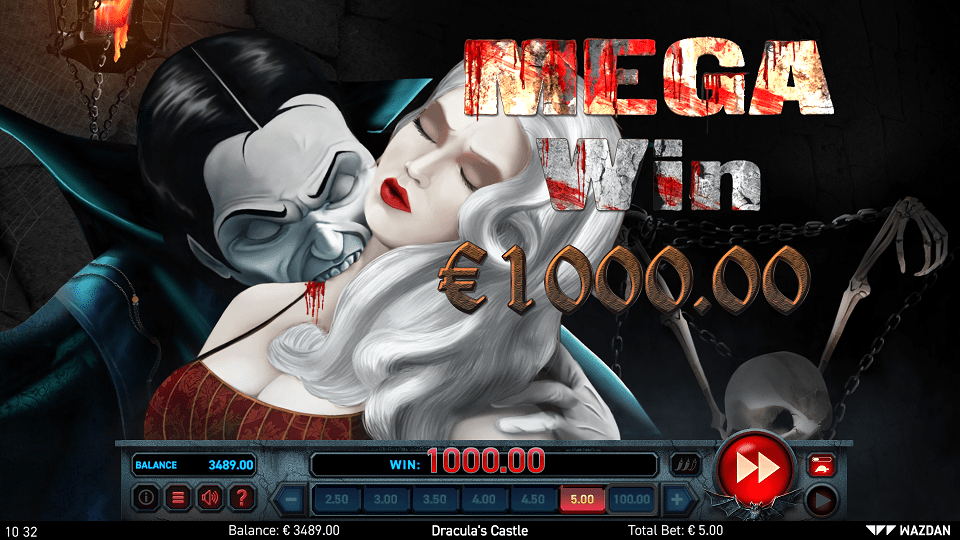 Don’t be afraid to enter the Dracula’s castle. The vampire lord along with his beautiful companions can help you win up to x1000 stake. 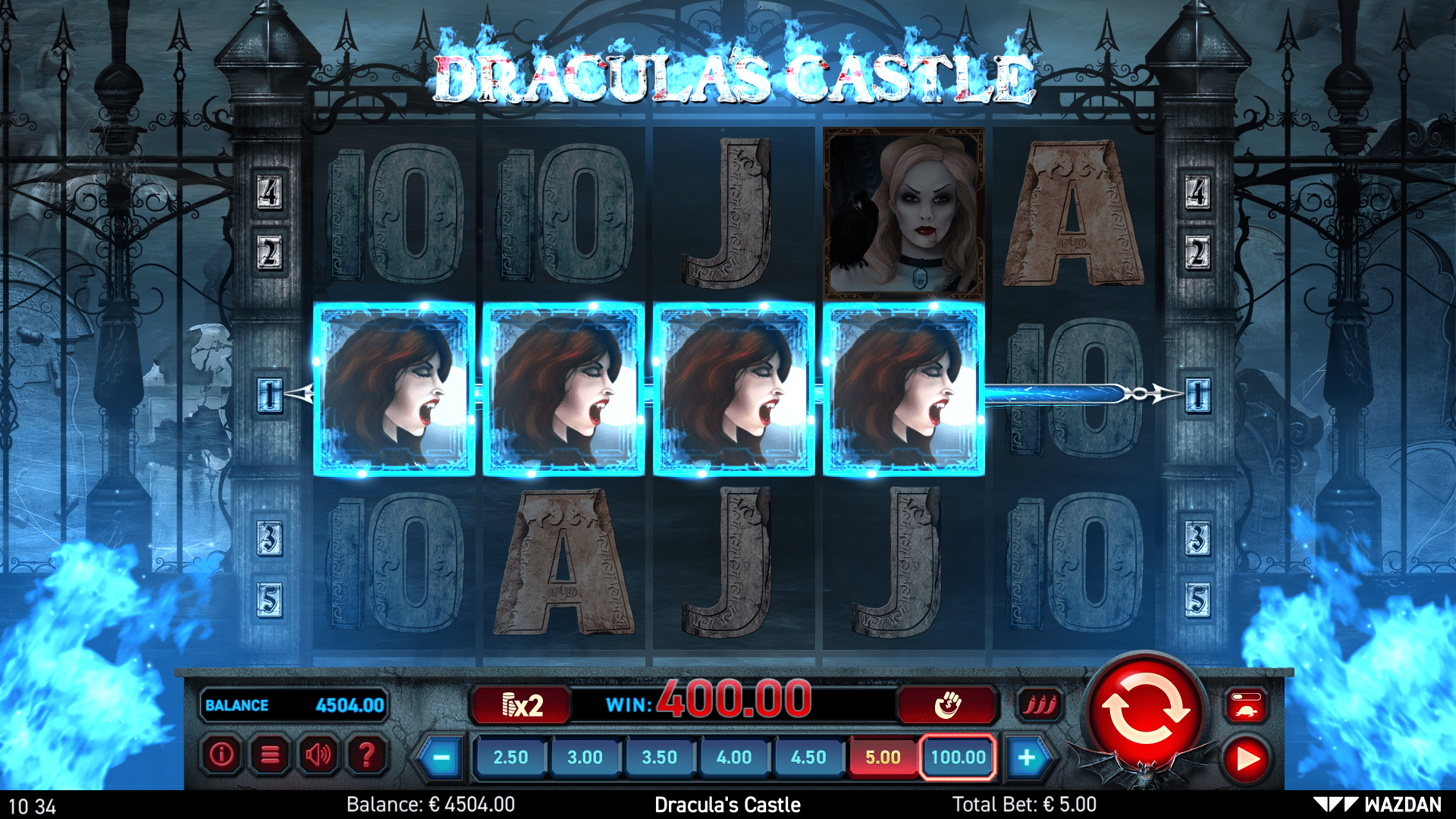 Have you enjoyed your stay at Count Dracula’s castle? It’s about time to move away from Transylvania to play some other breathtaking titles! If you enjoyed playing with Wall Multipliers and Expanding Wilds, give Highway to Hell and Highway to Hell Deluxe a chance because these two games offer the same special features. For a little bit different experience, check out Triple Star, Miami Beach or Back to the 70’s.