Relic Hunters and the Book of Faith™

A distinctly polished and refined jewel of the desert!

Sarah and Will invite everyone to experience an archaeological adventure of a lifetime with their Relic Hunters and the Book of Faith™ slot!

A truly thrilling experience awaits in the depths of an ancient Egyptian pyramid, where unimaginable riches of a dead pharaoh lie guarded by an army of mummies. Relic Hunters™ and the Book of Faith is a 6-reel, 3-row and 20-payline video slot packed to the brim with a selection of special features: two Wild Symbols, Bastet Spins Bonus and Pyramid Exploration Bonus – both of these bonuses are activated with special accumulating symbols – as well as Free Spins with an Expanding Bonus Symbol and Walking Wilds. Each of these bonuses brings its own flavour to the game and enhances the gameplay experience with various rules and unique functionality. Exploring dark corridors while avoiding hidden traps has never been so engaging!

What makes this slot stand out from the crowd are its amazing hand-drawn graphics. We’re really proud of our designers, who have reached new heights while creating the characters, symbols, backgrounds and all of the animations for this title. The already amazing atmosphere produced by these visuals is further reinforced by music and sound effects which will rouse a true spirit of adventure in anyone. We believe no further encouragement is needed, checking out Relic Hunters and the Book of Faith™ should be on everyone’s to-do list! Grab your adventure backpack and light the torch, it’s time to ride a tomb! 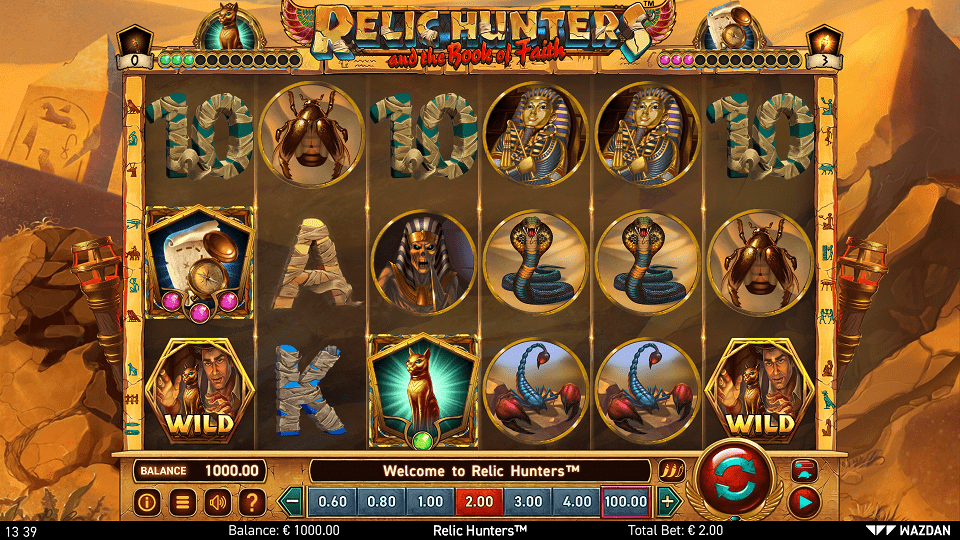 Brave explorers are heading on a dangerous mission – the pharaoh’s treasures are waiting to be found but evil mummies won’t let go of them easily! 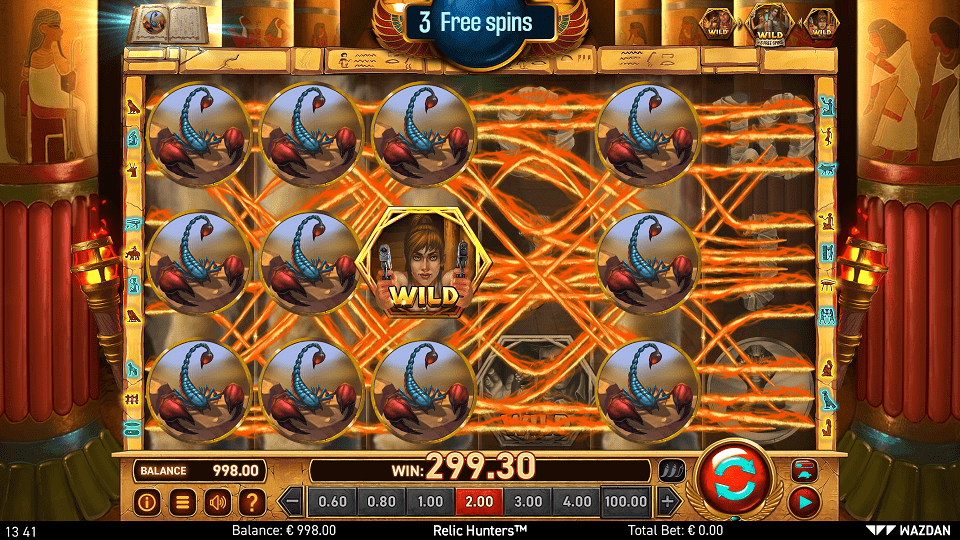 3, 4, 5 or 6 Scatters trigger 10 Free Spins during which Wilds gain the Walking feature. Once they meet and merge, 3 extra Free Spins are awarded. Before Free Spins are played, a random Expanding Bonus Symbol is chosen which can cover an entire reel and pays at any position. 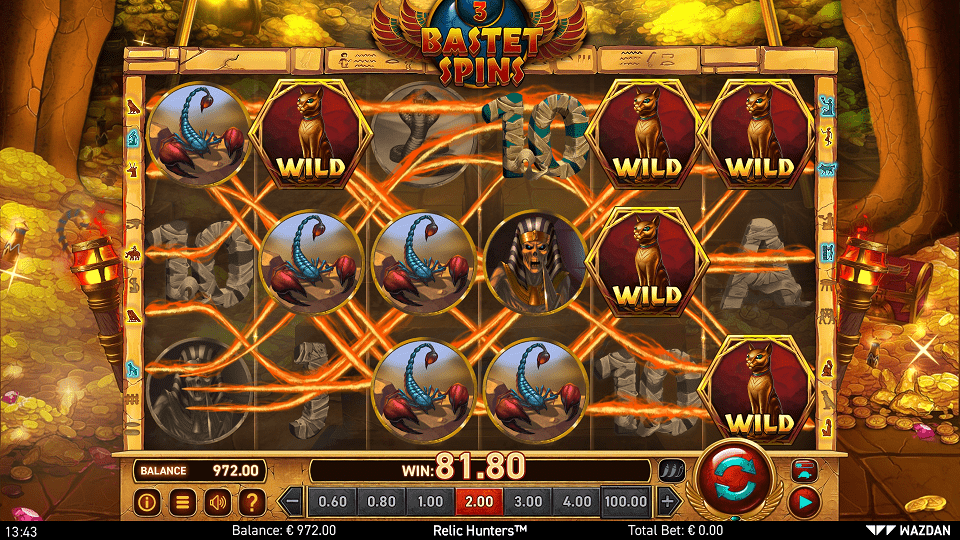 Filling the Pyramid Exploration Bonus meter and drawing the cat statue icon with three gems awards Bastet Spins. This feature grants 5 Free Spins during which 5 randomly-distributed Wilds overlay other symbols with every spin. Scatters and other special icons do not occur during the feature. 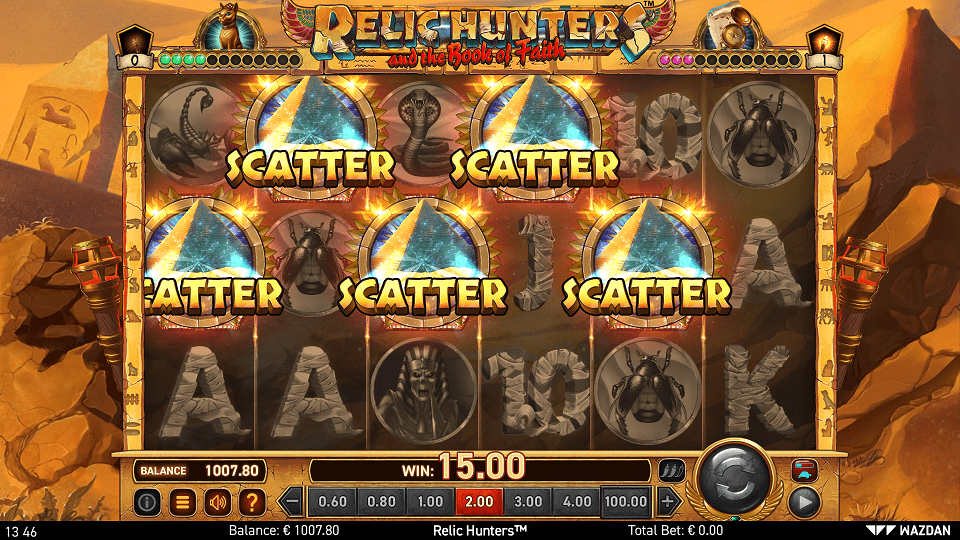 The pyramid symbol acts as a Scatter Symbol. Each time a minimum of three of them are drawn anywhere on the reels players trigger 10 Free Spins with Expanding Bonus Symbol and Walking Wilds. The Scatter Symbol pays at any position on the reels and it doesn’t occur during Free Spins. 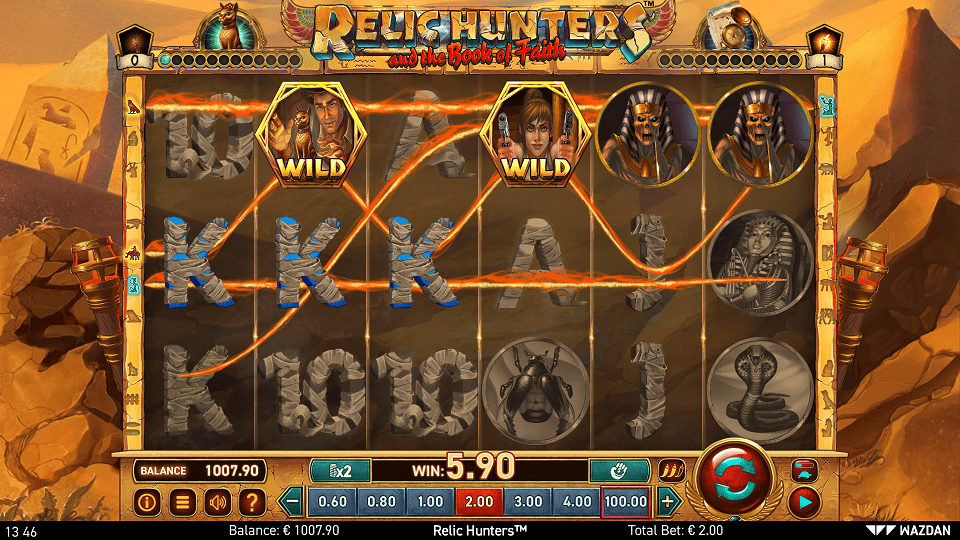 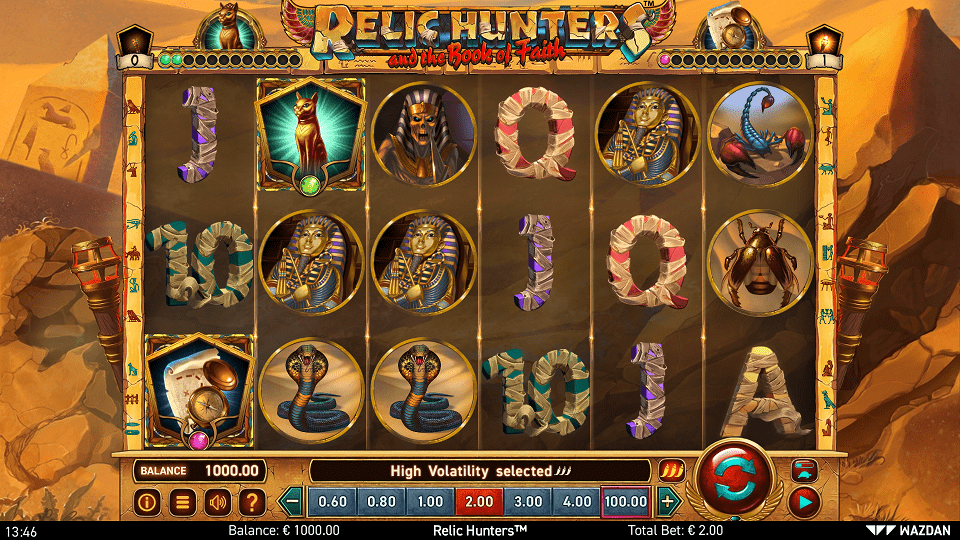 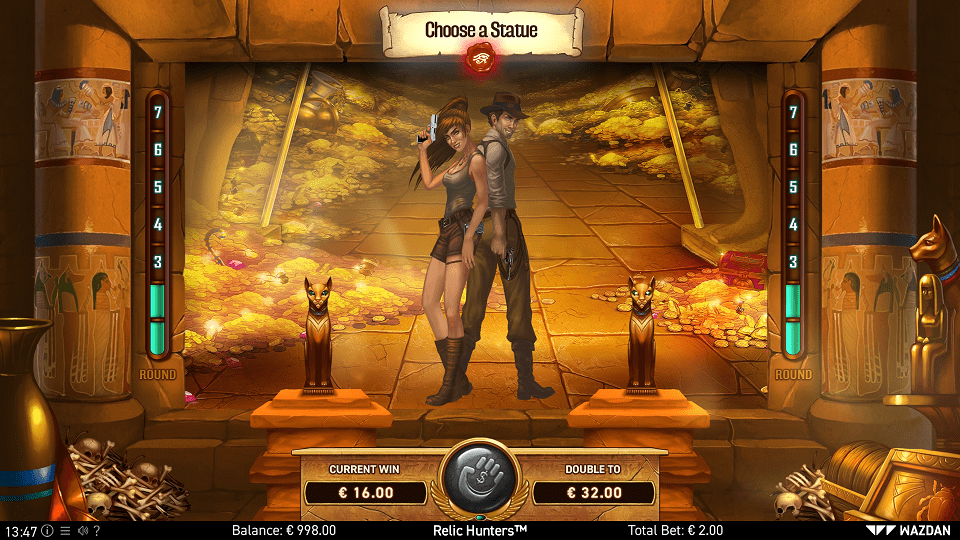 One of the totems can bring players good fortune! Thanks to the Unique Gamble Feature, the lucky ones can get their wins doubled easily. 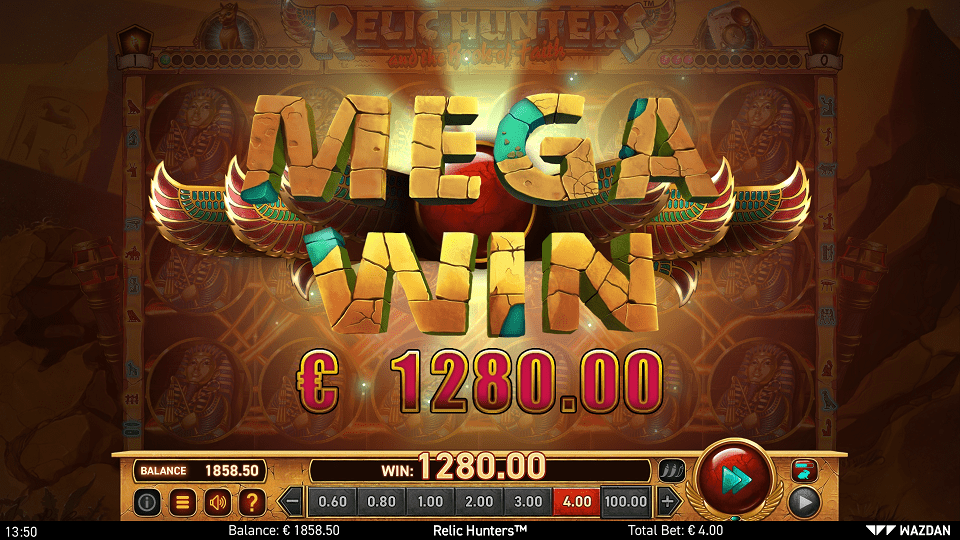 Fight the evil mummies to get the ancient treasure and win up to x750 stake in the adventurous slot Relic Hunters and the Book of Faith™! 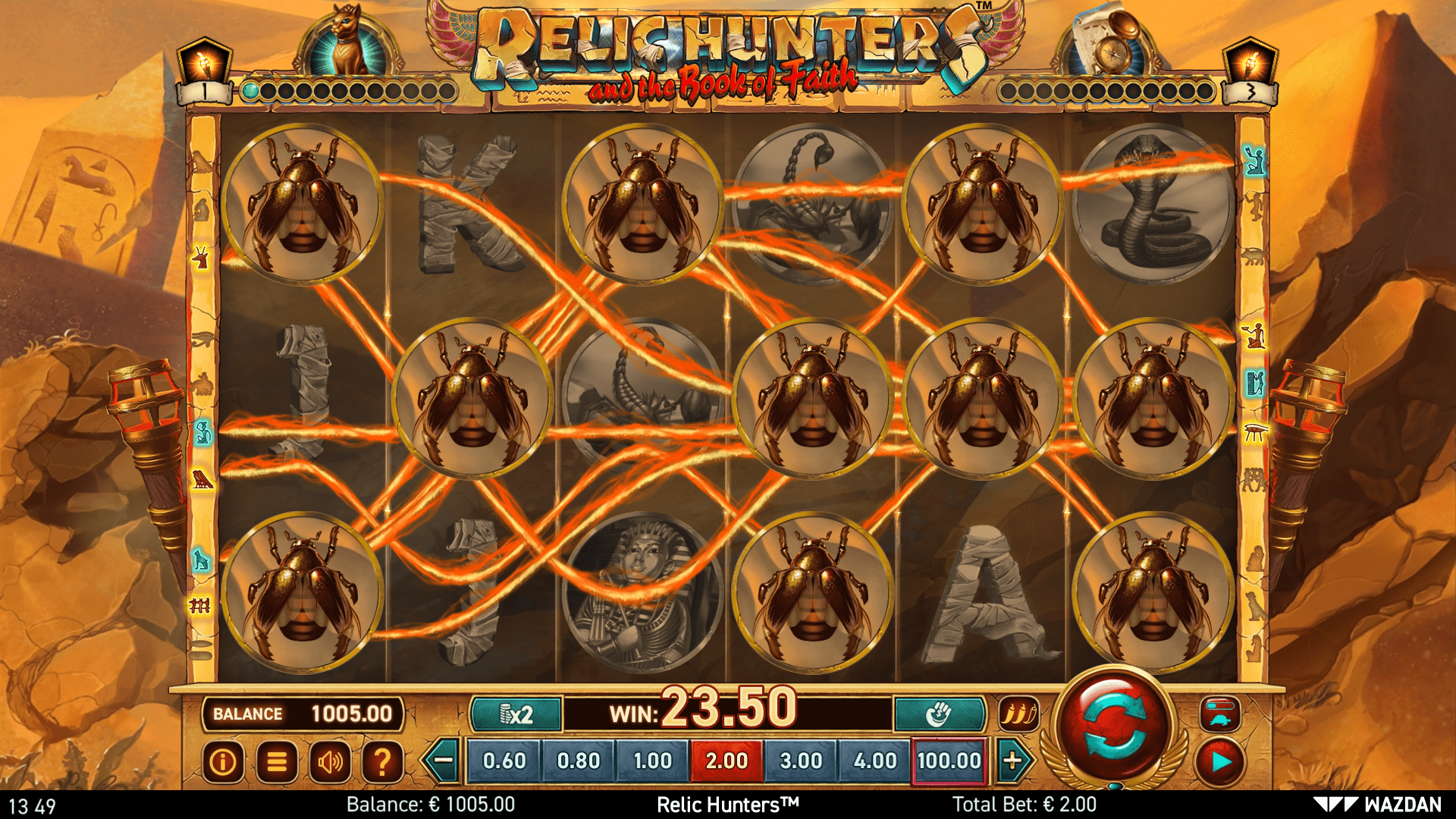 There’s nothing more exciting than exploring an unknown land that was once inhabited by a long-forgotten civilization! Relic Hunters and the Book of Faith™ is a true masterpiece that appeals to players not only because of its superior graphics and sound effects but also because of its innovative bonus features that elevate the fun. Looking for a similar adventurous theme? Check out Power of Gods™: Egypt, Clover Lady™, Mayan Ritual™, Golden Sphinx or Lost Treasure!